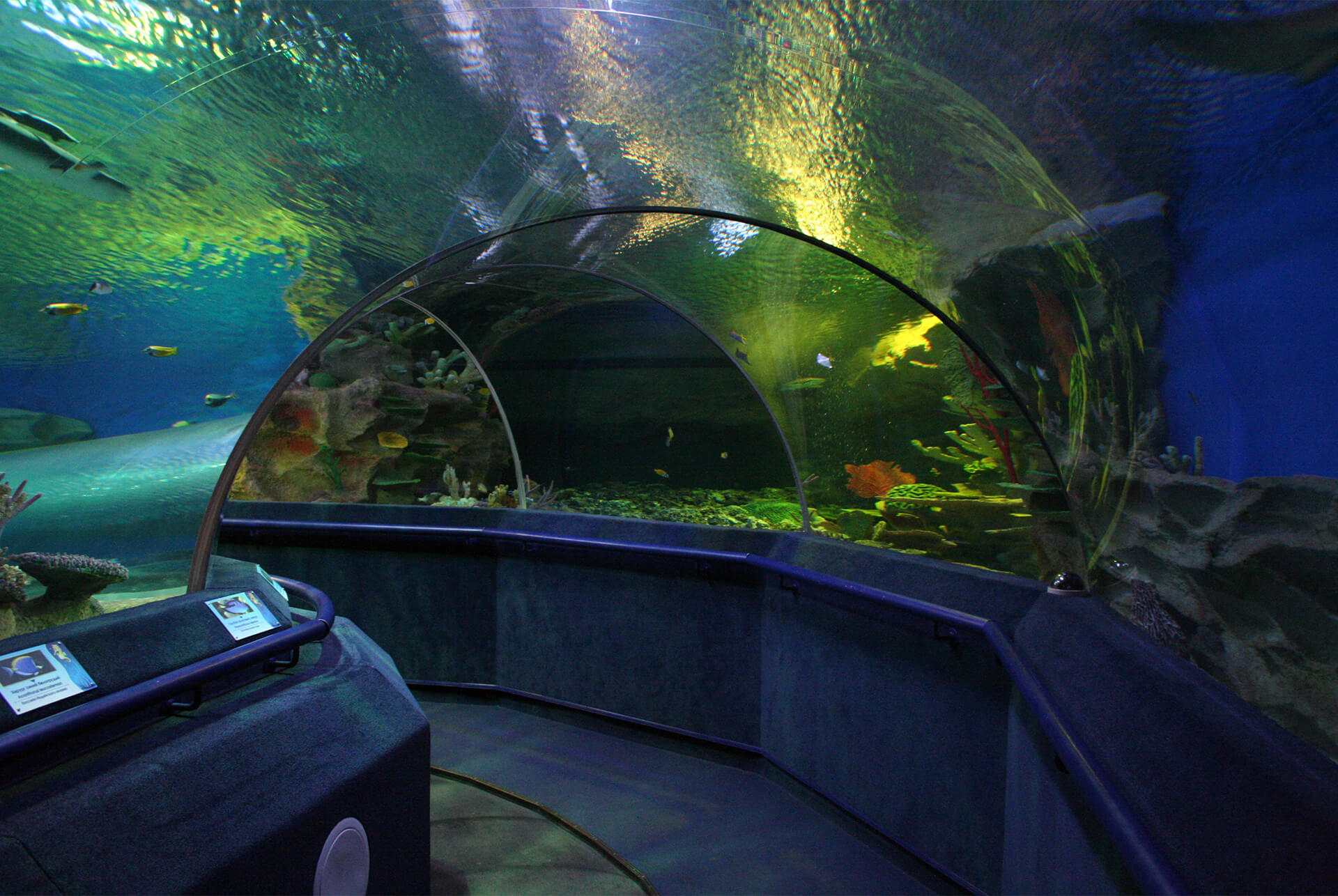 The natural conditions of the North-West of Russia are extremely diverse and favorable for the inhabitants of the underwater world. In this vast territory, there are many rivers and large and small lakes with a variety of fauna.

Only in Leningrad Region, there are about 110 species of freshwater fish. The largest number of species, 58, live in the Gulf of Finland. This is easily explained as this is the place where freshwater, anadromous and marine fish live permanently or come for some time.

Of course, we cannot show all those species at the same time, but our exposition will give you the opportunity to see numerous representatives of the fauna of the Russian North-West.

In the same area, you will meet everyone's favorites, grey seals.

Why are seals kept behind glass in the Oceanarium? This is because these marine mammals need a certain microclimate to protect their health, as they are very susceptible to airborne infections and often suffer from pneumonia. Behind the glass, where seals are kept, a special supply ventilation creates excessive pressure. The conditions in which seals live are very comfortable for them, as they are very similar to those in which they live in the natural environment.

The team which works with the seals includes divers/trainers who have both biological and veterinary education. The Seal Show is held in the Oceanarium twice a day. Come and see for yourself.